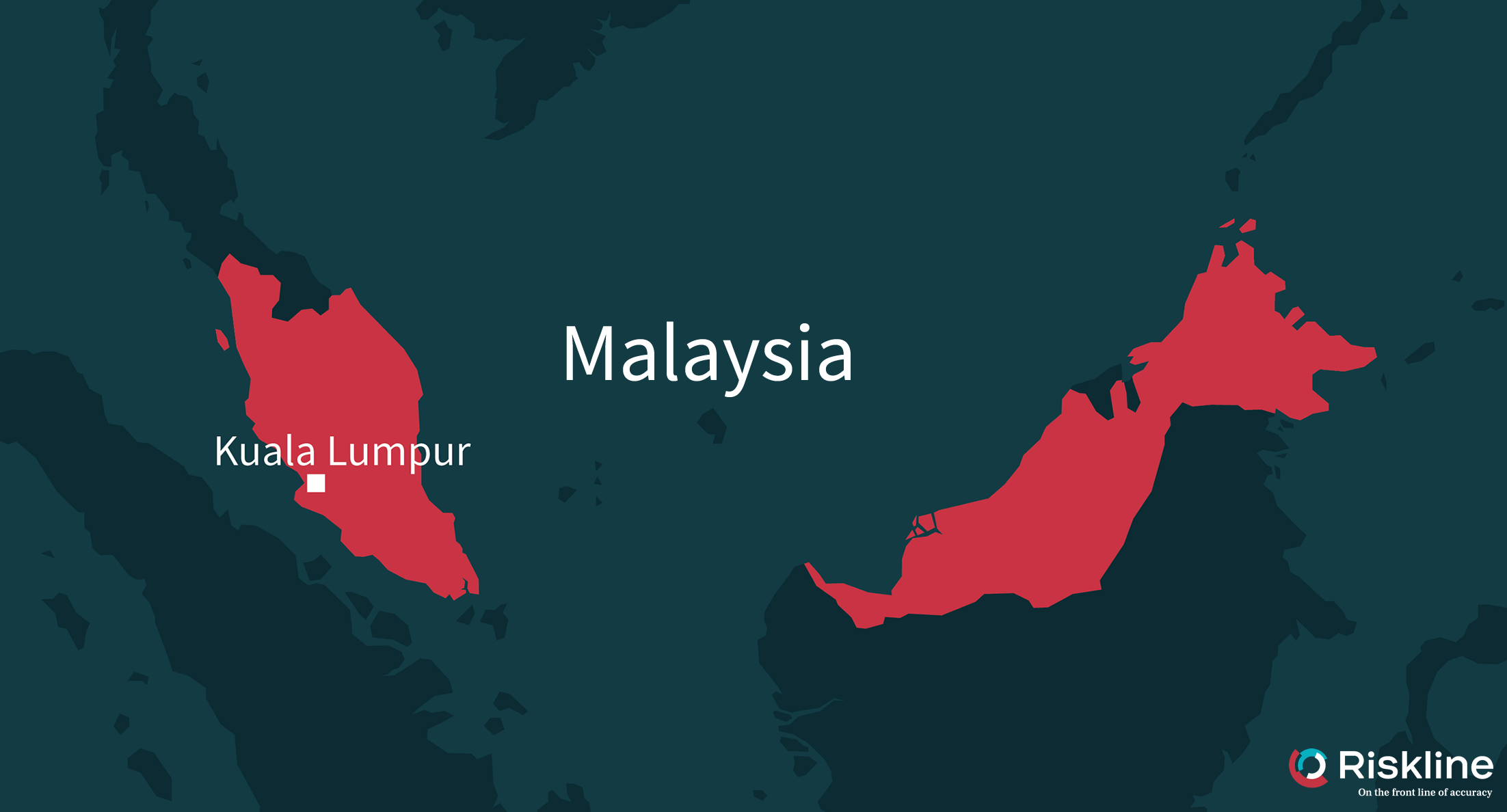 Protests against the government’s proposed ratification of the United Nations’ (UN) International Convention on the Elimination of All Forms of Racial Discrimination (ICERD) have erupted in Malaysia since early November 2018, following Prime Minister Mahathir Mohamad’s pledge to ratify remaining core UN instruments related to human rights that Malaysia is not a party to, during a speech at the UN General Assembly in New York. Malaysia is only one of 14 countries that have yet to sign the treaty. Worryingly, opposition to the ICERD has largely been dominated by racial and religious elements which threaten to destabilise race relations in multi-ethnic and multi-religious Malaysia.

Almost all those who vehemently oppose signing the treaty are from the majority ethnic Malay Muslim community, who constitute slightly over 60 percent of the population. Leaders from the United Malays National Organisation (UMNO) and the Malaysian Islamic Party (PAS), the two largest opposition parties, allege that ratifying the ICERD will directly challenge Malay rights, the position of the monarchy and even the role of Islam in Malaysia. Under the guise of defending the rights of Malays and the supremacy of Islam, communal leaders have stoked ethno-religious sentiments that threaten racial harmony and risk victimising the minority Chinese and Indian populations. The National Unity Minister, an ethnic Indian and the government’s public face in support of the ICERD, is under intense pressure from Malay interest groups to resign and has even received death threats. The unrelenting pressure by Malay extremist groups finally led to cabinet releasing a statement on 23 November indicating that the government will not ratify the agreement, setting a dangerous precedent that fundamental human rights issues can be hijacked by extremist voices.

Claims that the ICERD would compel the government to remove the special position of Malays and Islam are largely exaggerated; under the Federal Constitution, the special position of the Malays and other Bumiputra ethnic groups considered indigenous to the country are safeguarded in Article 153. This includes reservations for government jobs, education opportunities and native land titles, which some critics claim unfairly discriminates against Chinese and Indian citizens. Nevertheless, the ICERD mechanism allows for reservations by signatory countries on various aspects of its application, including the provision of affirmative action policies for underprivileged or indigenous groups. As such, it can be argued that UMNO leaders - having lost power in dramatic fashion in the May 2018 elections - together with their PAS allies, are using this issue to gain political mileage and turn the tide of public opinion against a new and relatively inexperienced government.

In keeping with this, UMNO and PAS, together with an umbrella organisation of right wing Muslim and Malay interest groups, have held a series of protests against the ICERD. UMNO President Zahid Hamidi, the former deputy prime minister who is currently facing 45 charges of corruption and money laundering, even issued a stark warning that ethnic Malays would run amok if the agreement is ratified. While such an incident is unlikely, the rhetoric has led to increased racial tensions in the country, hardly six months into the term of the new Pakatan Harapan (PH) government following the watershed elections of May 2018. It has also led to the current government dropping the idea of ratifying the UN instrument. Perhaps threatened by the high likelihood of a long prison sentence, Zahid is seeking to use this issue to shore-up support among his Malay base.

While protests and opposition to ICERD is unlikely to descend into outright violence, it belies the fundamental issue of unresolved ethno-religious tensions between Malay and non-Malay communities. Going forward, the continued perpetuation of racial and religious sentiments by Malay extremists raises the risk of intolerance against minority communities and, if left unchecked, could lead to possible future racial violence. At the same time, the PH government’s backtracking on its commitment to ratify a fundamental human rights convention following pressure from religious and racial extremists casts doubt on its ability to take decisive action to safeguard the rights of all its citizens. Therefore, it is unlikely that the PH government can successfully address these long-standing tensions that have been brought to the surface again, following decades of discriminatory rule by the previous government. 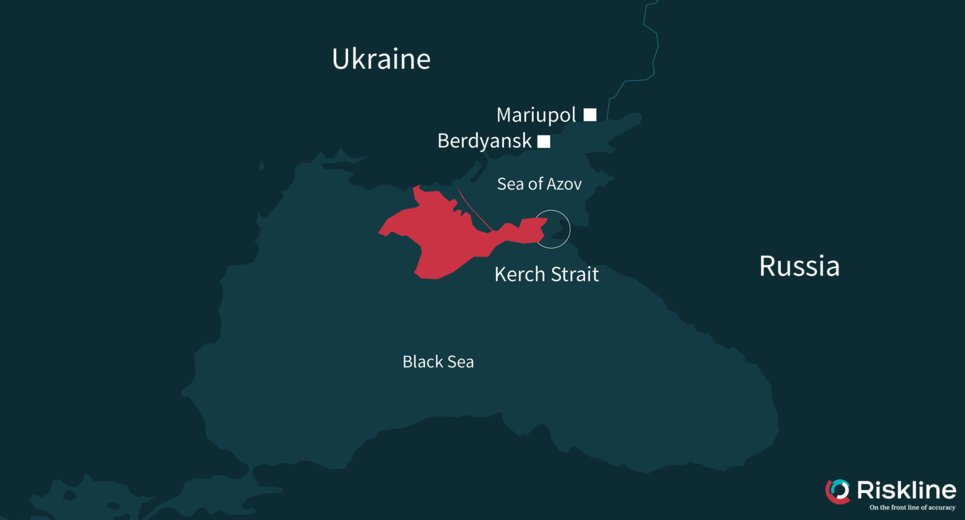 The Kerch Strait confrontation: a new phase of Russian aggression or more of the same?

With the international community expressing little more than statements of “deep concern”, Kiev has few options for countering Russia’s show of force on the Kerch Strait. 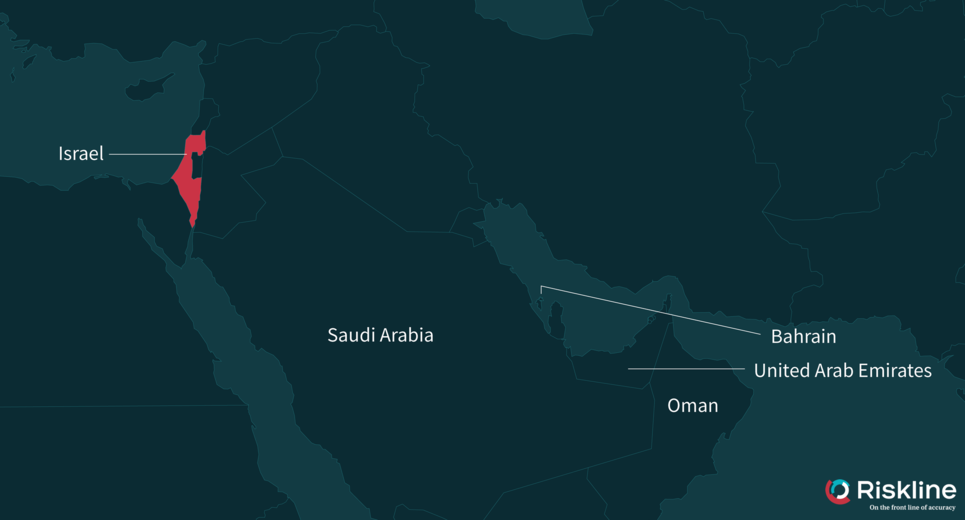 Israel and the Gulf Arab states: prospects for formal relations

Israel and several Gulf Arab states have recently made multiple public overtures in the face of the Iranian threat, however, despite shifting regional dynamics the establishment of formal relations will be highly unlikely unless an agreement is first reached with the Palestinians.