The deadly Sri Lanka Easter bombings highlighted the vulnerability of South Asian countries to Islamist extremism and have increased the threat of further IS-inspired attacks by radicalised individuals and militant groups in the region. 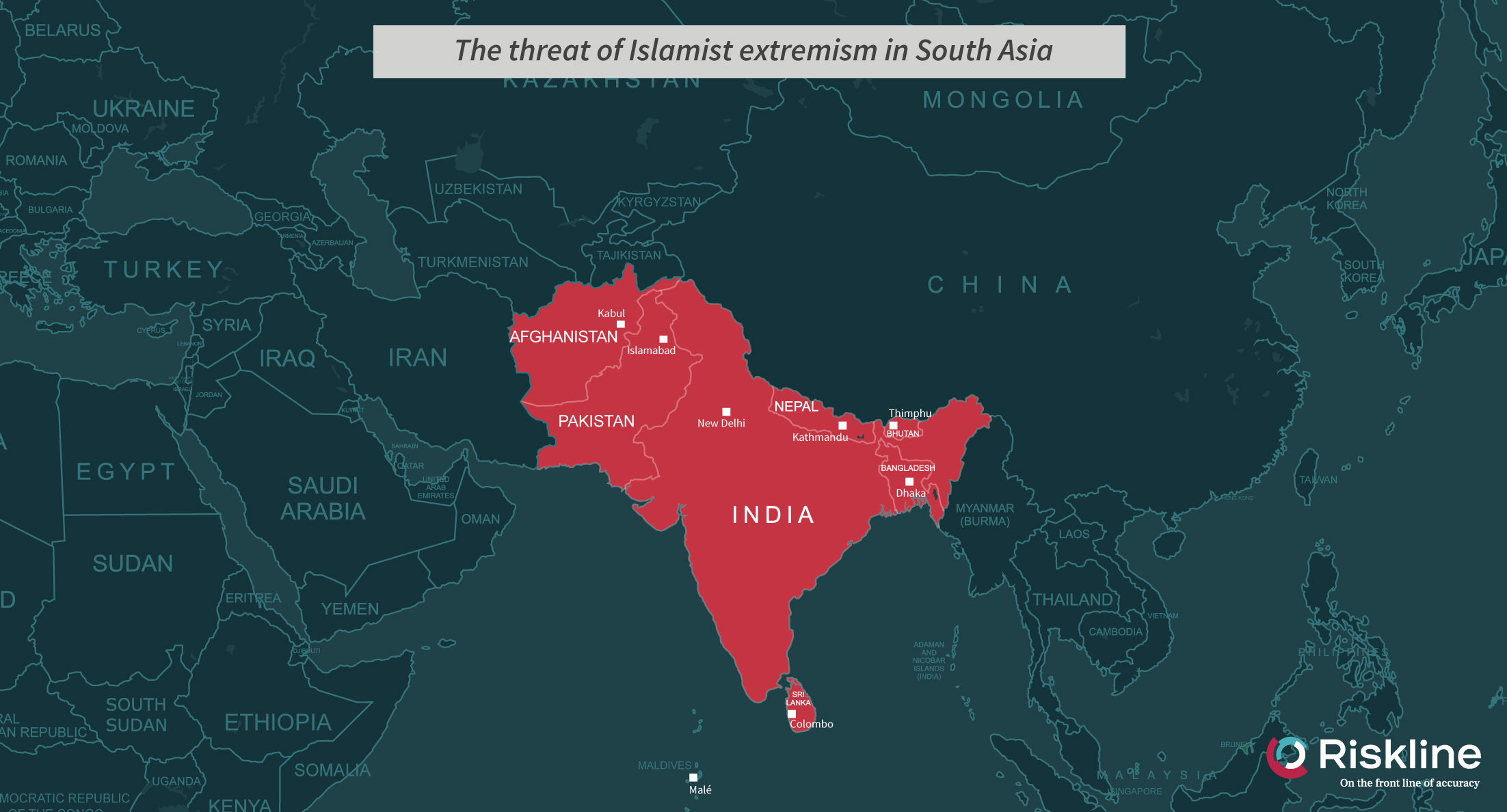 The devastating 21 April Easter suicide bombings in Sri Lanka orchestrated by a local Islamic State (IS)-affiliated jihadist group, National Thowheeth Jama’ath (NTJ), was the worst terrorist attack in South Asia to date. Investigations into the bombings, which targeted mostly Christians and foreign nationals at churches and major hotels, highlighted critical failures in the government’s response to intelligence warnings before the attack. Local authorities had underestimated the threat from Islamist extremists in a Buddhist-majority country which had no prior history of Islamist militancy. Sri Lankan authorities and other governments in South Asia faced with a similar threat from IS-inspired terrorism have some valuable lessons to learn from the Easter bombings, as the attacks have revealed a threat that was hitherto downplayed.

The Sri Lankan State Intelligence Service (SIS) received warnings about the NTJ, which was already on a police watch list for propagating Islamist extremist literature at mosques in Eastern province, two weeks before Easter. Intel from India and the United States specified that several NTJ members, including Mohamed Zahran Hashim, the mastermind of the attacks, were planning attacks on Catholic targets in the country. However, Prime Minister Ranil Wickremesinghe claimed that intelligence officials in President Maithripala Sirisena’s office failed to convey this memo to him due to ongoing political disagreements between Sirisena and Wickremesinghe, underscoring a colossal failure in communication among security agencies and the government. Police in the capital Colombo, which was worst-hit by the bombings, did not increase security measures before the attack as they assumed the NTJ did not have the funding or technical expertise to attack soft targets. However the NTJ was aided by a transnational network of Islamist terrorists: at least 36 NTJ members had travelled to fight for the IS in Afghanistan, Iraq and Syria between 2016 and 2018 and got trained on planning and executing a widespread campaign of terror. Indian officials confirmed that NTJ members procured bomb-making materials and finance for the attack from other IS-inspired individuals and possibly the IS-linked militant group Jamaat-ul-Mujahideen (JM) in India’s Jammu and Kashmir.

Investigations into the Easter bombings indicated the attacks were driven by aspirations of Islamist extremists to make a strong statement in the region about the strength of IS ideology, following the recent territorial losses of the Islamic State in Iraq and Syria. From this perspective, any destination with high numbers of foreign travellers, including the Maldives, India, Nepal and Bangladesh, is vulnerable to similar IS-inspired attacks and South Asian countries have accordingly increased security at major airports, hotels, churches, mosques and temples following the attacks in Sri Lanka, as other Islamist militantss may be emboldened to carry out similar attacks in the region. Sri Lankan authorities are yet to apprehend several wanted NTJ members and have indicated that more sleeper cells may exist in the country. The threat of new IS-inspired attacks is particularly high in India, Maldives and Bangladesh as they have recorded large numbers of former IS fighters returning home. An estimated 100 radicalised Indians travelled to Afghanistan, Syria and Iraq between 2016 and 2018 to fight for the IS, while intelligence reports indicated about 260 people were recruited into the IS from the Sunni-majority Maldives and 40 from Bangladesh between 2014 and 2018. These individuals may seek to re-group or join other IS-inspired offshoots in the region; apart from JM militants in India, other IS-linked militant groups in South Asia include the Jamaatul Mujahideen (JMB) in Bangladesh. In Nepal and Bhutan, while there is no confirmed presence of Islamist extremists, some drug traffickers in these countries have confirmed links to the IS.

Tight security measures implemented across South Asia and related counter-terrorism raids targeting IS-inspired individuals are likely to continue in the medium-term due to the persisting threat of further terrorist attacks. However, authorities need to increase protection for ethnic minorities in their respective countries, especially for Christians and Shia Muslims who are frequently targeted by Islamist extremists. Governments also need to prevent periodic communal attacks on ethnic Muslims, especially by Buddhist nationalists in Sri Lanka and Hindu nationalists in India, as they may be used as a popular rhetoric for IS-inspired attacks. In addition to these measures, governments in South Asia need to improve coordination among security agencies and response times to terror threats to prevent further IS-style attacks in the region. 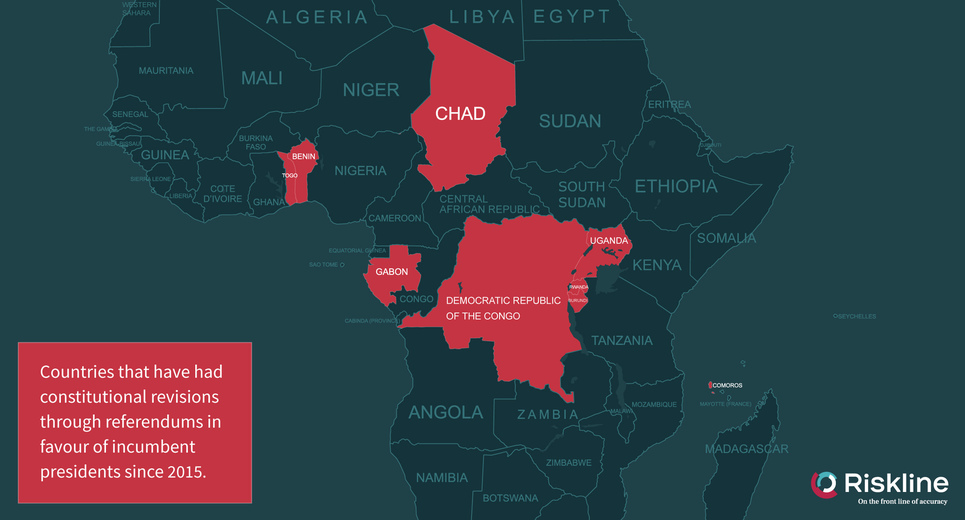 Sub-Saharan Africa is home to some of the world’s longest-ruling leaders and continues to witness a number of constitutional amendments aimed at elongating presidential terms. This tendency threatens the already fragile trust in democratic systems of the region, although recent voices from civil society and regional blocs are trying to stall the trend. 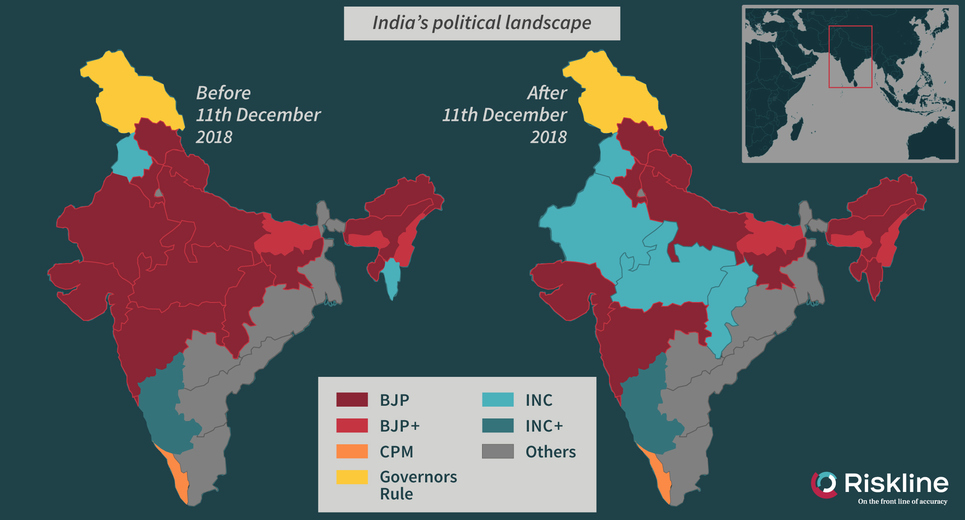 A primer on Indian general elections

As the world’s largest democracy completes voting to elect its next government, it remains uncertain whether nationalist sentiments promulgated by the ruling Bharatiya Janata Party will help it win another term in office.